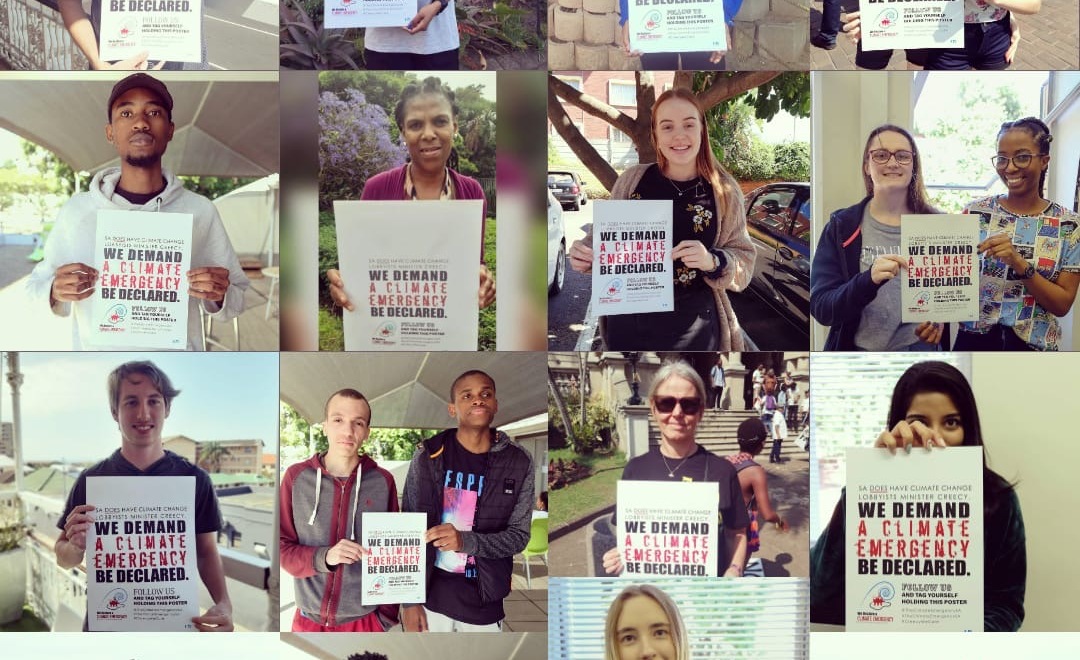 Become a Part of the Digital Protest – Object to Shell and CCG Seismic Surveys on RSA Coast! Stop OFFSHORE EXPLORATION in seas 20kms off the Wild Coast, Eastern Cape. Shell plans to blast the during whale and hammerhead migration season. Object and make your voices heard! Read more about how to voice your objections.

Our approach is two prong:

Public Participation Process
– By engaging government on legislature, policy and regulations to ensure as much recognition of the incommensurable value of ocean biodiversity beyond its one purely as resource for exploitation, and mitigation of the severe impacts of all phases of offshore oil and gas development. We rally public comment and participation on new bills pertaining to ocean governance.We call for development of policy matched to the scale of the climate challenges we face.

We have engaged in questioning procedural fairness, the regulatory regime and environmental due diligence in the offshore oil and gas sector, through submitting comments on exploration applications, scoping reports, financial provisioning, minimum environmental reporting criteria and marine spatial management to government departments, agencies and environmental consultants.

Collective Action
– We believe in the emergent climate justice movement. We strive for consensus and convergence on the issue of ocean protection for planetary health. We hold to disciplined and non-violent civil disobedience. We understand the critical role social media can play in mobilization, empowerment, shaping opinions, and influencing change by spreading awareness or organizing actions.

Oceans Not Oil has shown commitment to mass, non-violent action, calling for a degrowth of fossil fuels in South Africa. We believe that the continued governmental inaction over the climate crisis and ecological crisis now justifies peaceful protest and direct action. Marches and climate strikes have targeted the departments of Energy, and Mineral and Petroleum Resources, calling for an end to fossil fuel reliance and an urgent transition to renewables. We handed over memoranda to the Italian Honourary Consul and shareholders Old Mutual Limited, Allan Gray Pty Ltd and Investec Asset Management calling for divestment from offshore developers ENI (Ente Nazionale Idrocarburi) and Sasol Africa Limited respectively.

The Climate Emergency #CreecyWeCare Campaign has appealed to the Minister of Environment, Forestries and Fisheries to drive transformative change, bringing the centrality of climate change to each energy-related decision, and to declare a climate and ecological emergency to inspire rapid mass action.

We have met with Petroleum Agency South Africa (PASA – the petroleum licensing authority) to review and comment on the issue of a lack of due diligence of the EIA process, the lack of adequate noise pollution regulation and lack of proper emergency contingency plans for the offshore oil and gas stream of Operation Phakisa.

We have met with the Upstream Management of Sasol Africa Limited to demand transparency with regards to their Oil Spill Response, Planning and Capacity and their intention to dump drilling wastes at sea. We have demanded that the composition of these emissions and effluents regarding their toxicity, biodegradation, polynuclear aromatic hydrocarbons content, and metals content, be made public.

The demands made by Oceans Not Oil to PASA

Letters and Petitions
We petitioned and challenged the then Minister of Environmental Affairs, Dr. Edna Molewa, ( see the 5456 signatures on https://www.change.org/p/insist-the-dea-challenges-seismic-surveying-of-our-coastline) asking her to reinstate Environmental Impact Assessments for seismic surveys. We have raised the issue in parliamentary questions. It has been acknowledged that seismic surveys need mitigation however and we await the promised regulations reinstated.

Voting, letters and petitions to ministers and parliament can force parliament to consider our concerns for the sea. The coalition also understands that well-orchestrated collective boycotts, marches, sit-ins and nonviolent confrontations can bring about real environmental change.